A sample of current and recently completed projects. 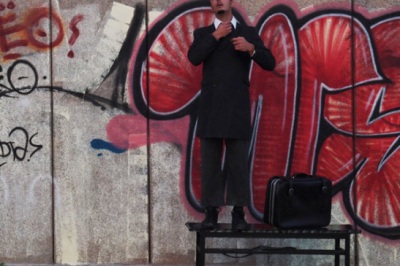 A Geometry of Regeneration
Anselmo Canha

It is evident today a widespread feeling of a future that is narrow, single or even absent. More than the inevitability and formatting of everyday lives, people feel the absence of positive and shareable alternatives. The idea of “possibility” is closed on images unable to overcome the stagnation we experience together. Or, more disturbing, those images promote the stagnation. The idea of “possibility”, creative territory, vanishes in its own simulation, on images or expressions that surround us. In this proposal, it is argued that the interference of creative action in the common space must be questioned again, by experimenting on its pace, duration, quality and geometry.

Designrascar: Towards an Alternate Model of Design Philosophy
Abhishek Chatterjee

Indigenous cultures of street innovation and improvisation worldwide have regarded adversity as inspiration and opportunity for radical change. Some of the finest instances of human resourcefulness can be attributed to situations of great duress, either sudden or prevailing, which have acted to heighten the basic instinct of self-preservation. Circumstances of hardship have contributed to deep rooted DIY practices in India (under the common theme of Jugaad), and in other cultures such as  China (where it is known as Zizhu Chuangxin), Brazil (Gambiarra), Kenya (Jua Kali), France (Systèm-D), Germany (Trick 17), Japan (Chindōgu), and Portugal (Desenrascar).In the current era of austerity the common narrative covering these various cultures of improvisation is a pertinent subject of study, particularly in view of its perceived ability to maximise the effectiveness of available resources.This research analyses critical components of the associated creative process, with the aim to develop an alternative philosophical model which approaches queries of design in a new light.

This project aims to contribute to a recalibration of a relevant and relatively forgotten handloom weaving centre in Europe, Almalaguês (Portugal).It is intended that this recalibration should be founded on the sound bedrock of a participatory design methodology, which will seek to be attentive to the traditional references of the activity, to the creative trends and international styles, and to the inclusion of “green materials” from the new technologies. Therefore, we will try to contribute to the understanding of design participation in the creation, qualification and increased worth of craft products.

How can byproducts of local agro-industries be used as source material for associated product development?
How should the underlying narrative of this process be communicated to its potential consumer segments?
How should the aforementioned questions be calibrated in order to contribute to a global network of byproduct design?

Agro-industrial production leaves enormous amounts of biomass-based byproducts.
There has been an increased interest in the recovery, recycling and upgrading of agro-industrial byproducts by the biodiesel production, pharmaceutical and cosmetics industries. Agricultural practices have used these byproducts in animal bedding and feed, in fertilization/composting and in combustion as fuel for their own uses. The present research wants to revisit and converge these two practices through Design and by contributing to the envisioning of “clean” production processes.

The present research aims to inform and explore the relationship between language activity and design activity, their competence and performance, inquiring into the structural dynamics with which these two seemingly distinct human abilities manifest and are applied as well as to the validity of universal grammar (generative grammar) in design. This analysis discusses and composes a selective vision that aims to remove the distinction between material artefacts, informative artefacts, and lingual artefacts. These three categories are viewed as subgroups of man made designed artefacts, and framed as acts of communication. 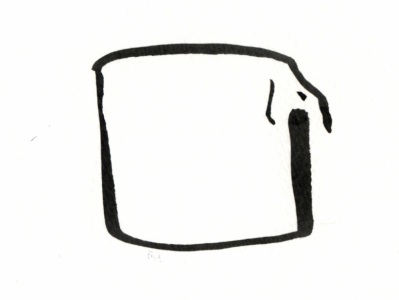 This research proposes the creation of a methodological framework that will allow designers to implement a basis for serendipitous discoveries. We trust this framework will allow for the discovery of new, uncommon and meaningful information on the Web. This project aims at creating this framework through an analysis of the serendipity phenomenon and its relationships with information seeking as well as the observation of current relationship with available systems and platforms.

“Arraial” Echoes: Possible Design contributions in the systematization, appreciation and communication of the cultural representations existing in the “Arraial do Pavulagem”, Belém, Pará.
Dula Lima

This project is in the process of mapping, interpreting and projecting the iconography in the “arrastões” integrated events in the Arraial do Pavulagem (AP)’s ritual, practiced in Belém (Brazil) since 1989. It is particularly focused on the representations conveyed in the allegories, by compositions, materials, colors, textures, and uses. The investigation, of a qualitative nature, occurs mostly through ethnographic methods: interviews, participant observation, data.

How can design, as a means of constructing performativities and identities, function to subvert heteronormativity through individual representations?
The notion of gender that is built by patriarchal state power and social canons is forcedly performed by “non-males” of society which are subjugated in certain gender norms that exclude them from the political realm and social participation. This research aims to contribute to emancipation of genderly oppressed groups via using design to establish new mediums for their self-representation and for de-construction of taken-for-granted performative gender.